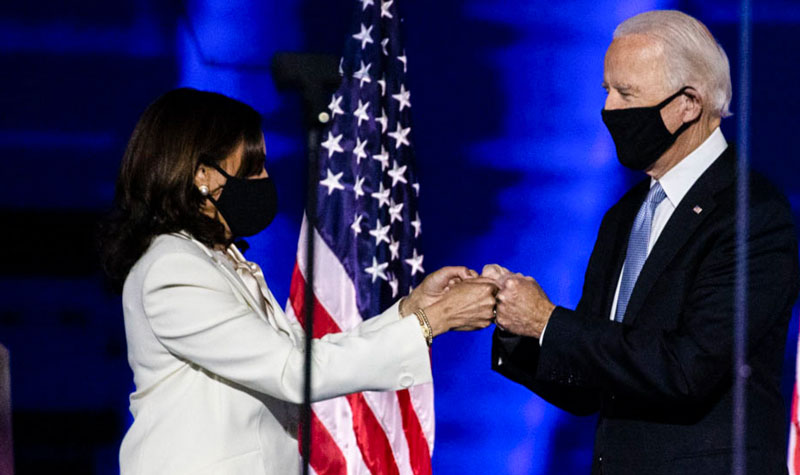 59th Historic Inauguration Day will be filled with events, starting in the morning and ending in the evening. Joe Biden and Kamala Harris will be sworn in at the Inaugural Ceremony and deliver their inaugural address

The day will end with a celebration in prime-time hosted by Tom Hanks and friends:

7 a.m. to 9:30 a.m. PT: Our White House: An Inaugural Celebration for Young Americans

Entertainer and advocate Keke Palmer will host the Presidential Inaugural Committee’s first-ever livestream for young Americans before and during the inaugural ceremonies online at BidenInaugural.org/youth.

Estimated to start at 9 a.m. PT or after: Inaugural ceremonies

Biden and Harris will take their oaths of office outside the Capitol Building. Afterwards, the newly sworn-in president will deliver his inaugural address. Lady Gaga will sing the national anthem, and Jennifer Lopez and Garth Brooks will perform. Poet Amanda Gorman, 22, of Los Angeles has been chosen to do a reading at the inauguration.

The Bidens, Harris and Emhoff will then head to Arlington National Cemetery for a wreath laying at the Tomb of the Unknown Soldier. They will be joined by Obama, Bush and Clinton, as well as former first ladies Michelle Obama, Laura Bush and Hillary Clinton.

Biden will receive a presidential escort to the White House, with every branch of the military represented. It will be joined by the drumlines from the University of Delaware and Howard University — the alma maters of Biden and Harris — which will then kick off the virtual parade.

The committee says the parade will feature dynamic and diverse performances from all 56 states and territories.