R&B Historian: Tyron DuBose with a moment in history 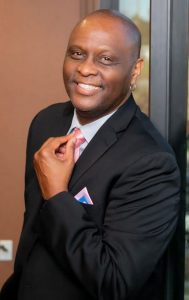 It was said that 2021 was a big year for Tyrone DuBose, well 2022 was exceptional! Proven to be a man of perseverance, Tyrone continued showing his steadfastness by not only maintaining his title of Americas Premier R&B Historian, but he continued to break barriers by becoming an Executive Producer of his own pilot Television show, he displayed more of his acting skills, made history with winning awards, all while never losing sight of his Cincinnati roots and continuing his mission to empower, uplift, educate, inspire, and entertain the masses.

Gaining a personal record-breaking fan base, people from all over the world felt/feels connected to Tyrone because of his down-to-earth, approachable personality and his knack for constantly speaking seeds of wisdom. When Tyrone speak, people listen. Rather hearing his voice on the radio, seeing him on television or on a stage, people are drawn to him, he makes people feel like if he can make it, they can make it too.

Still adjusting to the world’s “new normal”, Tyrone used every challenge as fuel to drive him to dream bigger, push harder to reach higher accomplishments and achieve success he once only dreamt of.

Here are some highlights of 2022 for Tyrone DuBose

Attended a host of red-carpet events as well as completed numerous interviews with print and radio outlets Tyrone has established himself as a versatile actor, voice over, host, and continues to reign as America’s Premier R&B Historian. 2022 was a big year but his determination will for sure make 2023 so much greater.