The Steve Harvey Show is uplifting, inspirational, motivating, and covers topical issues and community concerns that touch everyone.

It combines heart, humor, great music for grown people and hot celebrities from the entertainment and sports world plus interviews from a variety of engaging guests.

Steve is joined by Shirley Strawberry, Carla Farrell and his Nephew Tommy. Steve Harvey, a multi-media star and one of the original “Kings of Comedy,” brings his own brand of original showmanship to radio!

Steve Harvey is the host of the Steve Harvey Morning Show radio program, and the popular TV shows Family Feud and Celebrity Family Feud, The Steve Harvey Show, and family favorite Little Big Shots. His popularity continues to grow to global proportions, bolstered by his new role as host of the Miss Universe Pageant. Harvey is currently one of the most powerful voices in media, touting a career spanning nearly 30 years as a top stand-up comedian, actor, award winning TV personality and talk show host, best-selling author, entrepreneur, and humanitarian.

Harvey began his entertainment career as a comedian, working the stand-up circuit. He grew to have a roster of acclaimed specials, including co-starring in one of the most successful comedy DVDs in history The Original Kings of Comedy, and the hit Don’t Trip…He Ain’t Through With Me Yet.

Harvey first made his mark in television and film as host of It’s Showtime at the Apollo. He went on to star in several popular shows, including The Steve Harvey Show, and has appeared in such movies as You Got Served, and Johnson Family Vacation.

Harvey expanded his reach into radio as host of The Steve Harvey Morning Show. 2017 marks the program’s 12-year anniversary in national syndication with Premiere Networks and it’s the #1 syndicated morning show in America with nearly 7 million weekly listeners on nearly 100 stations nationwide. Harvey co-created and hosted The Neighborhood Awards from 2002-2016, an awards show that honored local businesses, institutions and leaders for the excellence demonstrated in their communities.

As a humanitarian and an entrepreneur, Harvey makes it a priority to give back. Through The Steve and Marjorie Harvey Foundation, he and his wife provide hundreds of teens annually with mentoring and educational opportunities. His company, HARCAL, allows him to create business partnerships that specifically target and benefit the working middle class.

Harvey’s list of accolades includes several NAACP Image Awards, a People’s Choice Award, induction into the National Association of Broadcasters Hall of Fame, and a star on the Hollywood Walk of Fame. He also won the Daytime Emmy Award for Outstanding Talk Show Host for The Steve Harvey Show in 2014, 2015 and 2017, as well as Outstanding Game Show Host for Family Feud in 2014 and 2017.

Harvey is a member of Omega Psi Phi Fraternity, Inc., and a proud parent with wife Marjorie to seven children.

Steve Harvey and Shirley started their morning show relationship in Los Angeles. From 2000 to 2005, Shirley was the co-host of Harvey’s popular LA-based morning show and it was Harvey himself who dubbed her: “The Best Voice in Radio.”

Their program went on to become the #1 morning show in Los Angeles and one of the most talked about in LA radio for their tireless community efforts – from helping students get desperately needed books, to honoring women and teachers, as well as feeding and helping the underprivileged all over the city.

On May 23, 2005, Harvey, Shirley and the rest of the morning show aired their final broadcast in Los Angeles. It was a sad and historic day in LA that left a lasting impact on the Southern California radio dial.

In October of 2005, The Steve Harvey Morning Show was launched into national syndication by Premiere Networks and Shirley joined the show as co-host. The top-rated program recently celebrated its 10th anniversary in national syndication. For her work on the program, Shirley has been recognized numerous times by Radio Ink as one of the “Most Influential Women in Radio.”

On April 5, 2011, Shirley released her first book, The Strawberry Letter: Real Talk, Real Advice, Because Bitterness Isn’t Sexy. Based on the popular Strawberry Letter segment on The Steve Harvey Morning Show, she delivers more of the no-nonsense woman-to-woman straight talk her listeners have come to love. Shirley tells it like it is from the heart. Whether the topic is cheating boyfriends, crazy mother-in-laws, job troubles or money problems, Shirley’s girlfriend-next-door honesty has made the Strawberry Letter segments of the show a huge hit. Now, in this uplifting motivational guide, she brings her vivacious, inspirational, and down-to-earth message to women everywhere: Get up, get out, and be the best you can be!

Kier “Junior” Spates, a native of Houston, Texas, is a gifted comedian and entertainer whose impressive resume boasts notable roles across a variety of media platforms.

As co-host of the nationally syndicated Steve Harvey Morning Show, Spates is known for his hilarious and high-energy commentary. Airing weekdays from 6-10 AM on more than 70 radio stations, the program is heard by approximately 6 million weekly listeners and is the #1 syndicated morning radio show in America.

Prior to joining the program, Spates performed on stages across the globe with such greats as Aretha Franklin, Lyfe Jennings, Musiq Soulchild, Maze and Frankie Beverly, Gerald LeVert, Anita Baker and Anthony Hamilton. In 2012, he appeared as the opening act on Steve Harvey’s Grand Stand-Up Finale comedy tour, with numerous critics dubbing him “The next big thing in stand-up comedy.” Spates also lent his talents to USO Tours in Japan and Bahrain, and was one of the primary acts on the popular Rickey Smiley and Friends Show Tour.

In addition to receiving wide acclaim on the improv circuit all over the United States, Spates’ standup has been embraced on college campuses as well. He’s performed to sold-out crowds at the University of Southern Los Angeles, Texas A&M, University of Houston, University of North Texas and Texas Southern University.

Radio host, actor, comedian, producer, entrepreneur Thomas Miles, aka “Nephew Tommy”, is making his mark on the world of entertainment. As co-host of the nationally syndicated Steve Harvey Morning Show, which airs weekdays from 6-10 AM on 70 radio stations, Tommy entertains more than 6 million weekly listeners.  The program, which combines heart, humor, music and celebrities from the world of sports and entertainment, is the #1 syndicated morning show in America. Tommy’s prank phone calls, which are a fan favorite of the radio program, have been compiled to create top-selling CDs; Nephew Tommy’s Prank Phone Calls Volume IV was released in November 2010. That same month, Steve Harvey Morning Show debuted on the Centric Channel.  The hour-long program, The Steve Harvey Project, aired nightly Monday – Friday presenting the best of the morning show, and was filmed daily with bits by fan favorites like Sister O’Dell, Eugene, the Pastors, and many others.

A multi-faceted entertainer and comedian, Tommy hosted the 2010 Essence Music Festival, and recorded a one-hour comedy special in the famed Motor City Casino in Detroit, Michigan. Currently, Tommy continues to keep ’em laughing as he tours nationally in his sold-out stand-up comedy shows. He once toured the U.S. for nearly three years as the exclusive opening act for the late, great Luther Vandross. “I had the choice of hundreds of comics to choose from, but in the end I choose Thomas Miles. His
skill as an actor and comedian fits in perfectly with the classy and entertaining show I believe in presenting,” said Vandross.

Though he enjoys a successful career as an entertainer, Tommy has also set his sights on the creation of a broader empire. Listeners of The Steve Harvey Morning Show often hear Tommy refer to his affinity for curvaceous women. With an eye on designing clothes to make plus-size women feel sexy, comfortable and confident, he launched a fashion line called Big Luv Denim catering exclusively to full-figured women, which hit stores this spring.

At the center of Tommy’s body of entertainment works and business ventures beats the heart of a gifted thespian. With years of experience starring in over a dozen stage plays and independent films, earning a Theater Arts degree, and working with the Royal Shakespeare Company of London, Tommy has honed his craft as an actor on both stage and screen. He is currently at work on material for an original stage play, and he executive produced and starred in a pilot for the sketch comedy show, Alley Cats. In 2010, Tommy appeared in movie theaters across the country in the feature film N-Secure and co-starred in the one-hour spec pilot Boulevard West.

Whether it is for radio, television, stage, big screen or stores, “Nephew” Thomas Miles continues to demonstrate his remarkable talent and exquisite taste to the delight and pleasure of audiences worldwide.

Born in Chicago, Ill., and raised in Houston, Texas, Carla Ferrell began her career in radio at KMJQ-FM in Houston, where she served as the morning show producer and co-host, before being promoted to assistant program director. She then moved back to Chicago and joined WGCI-FM and WVAZ-FM as assistant program director. During this time, Ferrell contributed to all three radio stations reaching number one in their respective demos.

In 2002, Ferrell moved to New Orleans, La., where she served as operations manager for WQUE-FM, WYLD-AM/FM and KSTE-FM, and helped lead the stations to top rankings. In August 2005, the weekend that Hurricane Katrina devastated the city of New Orleans and the Gulf Coast, Ferrell joined The Steve Harvey Morning Show as program director. Ferrell worked to create morning drive entertainment featuring music, compelling content, sidesplitting humor, current events, topical stories, and community issues. Shortly after, Ferrell was asked to join the show on air as a co-host as well.

Based in Los Angeles, Brown brings his comedic stylings and hilarious cast of on-air characters to The Steve Harvey Morning Show, which can be heard on nearly 100 stations by nearly 7 million weekly listeners.  Celebrating 12 year in syndication in 2017, it’s the #1 syndicated morning show in America and #1 with African American radio listeners.
Brown shared, “I’m cooking up a brand new funny to bring to The Steve Harvey Morning Show while I kick it with the crew, and of course, a couple of your favorites from me. Watch out deh now!”

“I’ve known J since my very first comedy gig outside of Cleveland, and it’s my joy to be reunited with the man who taught me real comedy,” shared Harvey. “Get ready folks – we’re ‘bout to turn the funny meter up 10 notches. Having J join Shirley, Nephew Tommy, Carla, Junior and myself is going to create bend over, stop the car, spit on your computer, spray your drink, gut-busting laugher. We’ve also got lots of new stuff planned, so hang on, this is the best ride in all of radio.”

Prior to joining Premiere, Brown was a member of The Tom Joyner Morning Show for more than 20 years.  The tailor-turned-comedian launched his comedy career in a gong show contest in Atlanta. Brown moved to Los Angeles to work in television, quickly finding a job as a writer on the late-night talk show The Arsenio Hall Show, and later, such sitcoms as The Parenthood and Me and The Boys.  Brown hosted two consecutive seasons of BET’s top-rated Comic View, and has performed on Vibe, Def Comedy Jam, It’s Showtime at the Apollo, An Evening at the Improv and The Oprah Winfrey Show.  As an actor, he’s had recurring roles on Moesha, Living Single and The Parenthood, as well as guest spots on The Parkers and Sparks.  His work in film includes roles in Def Jam’s How to Be a Player, Pay the Price, Drumline and Mr. 3000. The NAACP Image Award and Peabody Award winner is the owner of the J. Anthony Brown Collection, The J. Spot Clothing Store, and The J. Anthony Brown Comedy Store in Los Angeles, California. 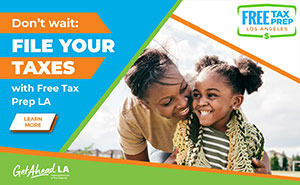