Kameron Greene is a radio personality and broadcast professional currently hosting The Radio-Free Top 23 Countdown, and co-hosting the #1 radio show in Los Angeles on Sundays, Spread the Word, on 102.3 Radio Free KJLH-FM and worldwide at kjlhradio.com.

A native of Long Beach, California, Kameron has worked in radio for more than 15 years. A graduate from the University of California, Berkeley in Mass Media Communications, she was the leading evening news anchor and sports broadcaster on 90.7 KALX-FM in Berkeley. In this role, Kameron became one of the only female sports broadcasters in the San Francisco Bay Area. She continues to use her sports broadcaster skills at KJLH contributing to KJLH’s weekly sports segment, “Sports Roll.” Most recently, she interviewed the Los Angeles Lakers and the Los Angeles Sparks.

Kameron is passionate about mentoring youth and young adults interested in broadcast journalism. She has shared her expertise on several career day panels and was a speaker at the Diamond in the Raw Foundation’s entertainment career workshop. As a community member of the Alliance for Women in Media, she is particularly interested in motivating young women. 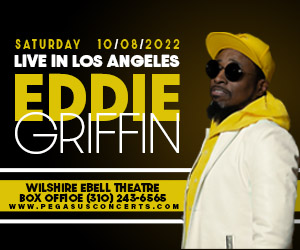